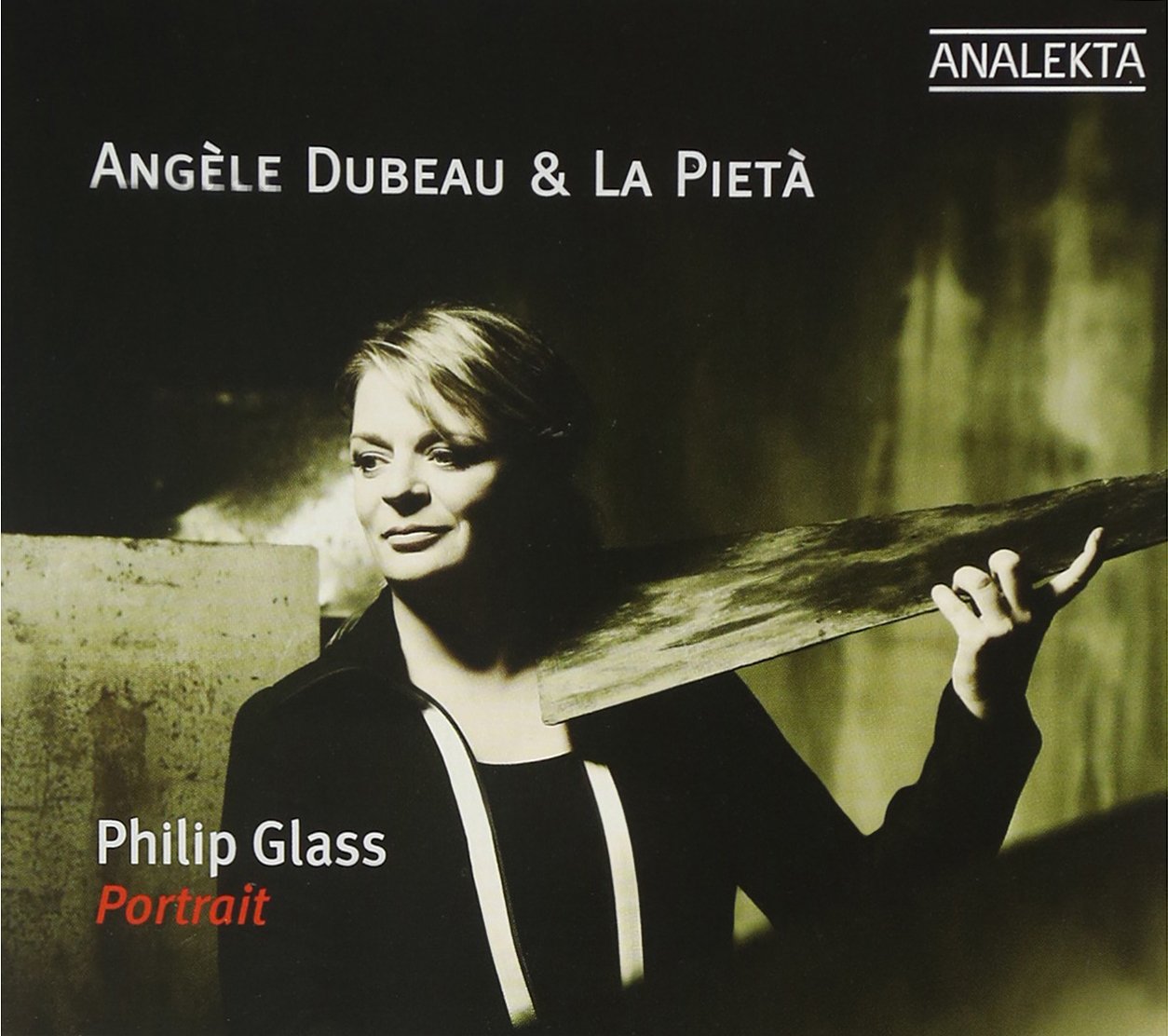 This resolutely modern album is a musical portrait of Philip Glass. Angèle Dubeau has always maintained a passionate interest in all musical forms; this curiosity led her to explore the works of Glass and to paint a dramatic portrait of the composer with these personal choices of some of his most significant works for strings. For a number of years, Angèle Dubeau has collaborated with Philip Glass in New York while working on his first violin concerto. In light of this relationship, Glass authorized, for the first time, an overview of his work with musicians other than the ones he works with regularly. With this repertoire, Angèle Dubeau proves her artistic maturity while exploring new territories, bringing this discovery - or rediscovery - of this great composer of our time to her public.

Dubeau plays everything with alluring sweetness and sophistication and her colleagues match her tender, inflected playing note for note. -- Gramophone, January 2008

This is one of the best Philip Glass albums in ages. Led by French Canadian violinist Angele Dubeau, the all-female string-ensemble La Pieta has woven together some of the composer's most moodily romantic and irresistible pieces, playing them with a lush, almost hypnotizing beauty. -- "i" The Star Ledger, November 3, 2008

Glass' music has always fascinated me. I discovered this music in the 80s and attended several concerts by Philip Glass and his ensemble. To Glass' request, I worked on his Violin Concerto with him, in New York. Gidon Kremer had premiered the work but Glass wanted to make a few corrections and I was happy to spend time trying things out and reshaping the work with him. After that, I performed the work, including with the OSQ.
Since then, I've had this dream to do a recording of Philip Glass' music, a musical portrait. I listened to almost all his catalogue, keeping in mind that everything would be mainly played by a string ensemble. I also wanted this portrait to be filled with different textures and colours.
Why does Glass' music fascinate me? I find it enthralling. This is the word that would best describe this music. Also, it is a music that uses repetition, like a mantra. An intelligent music, considering its structure. Well-conceived, Cartesian, mathematical. I have fun finding the rhythmic cell, what I would call the stem cell. I then add it, superpose it, in a rhythmic stratum. Rhythms of 2 juxtaposed on rhythms of 3, 4 or 5... it's like finding a common denominator, finding the points of anchorage of this music.
All this, all these mathematics should leave us emotionless... if you thought this, you'd be mistaken because to this solid structure stratums of colours are added, sound colours that enthral the listener.

One of Canada's most prominent virtuoso violinists, Angèle Dubeau has performed on the world's greatest stages in a spectacular career that has spanned thirty years and over thirty countries. While her talent, virtuosity and musicality have been recognized with many awards over the years, audiences have adopted her above all for her captivating performances, her generosity, her passion, her unparalleled communications skills, and her exceptional ability to connect with them.
she founded La Pietà in 1997, an all-female string ensemble that varies in size from eight to twelve of Canada's best musicians. What she could not have known at the time was that this experiment, originally conceived of for periodic recordings, would gradually occupy all of her time.

​We are an online gallery and art resource, specializing in exhibiting, promoting and celebrating the very best New Contemporary Art from around the globe.

With our progressive new gallery platform, WOW x WOW intends to take a step back from any of the restrictions that ‘themed’ shows can impose on an artist’s natural expression, and instead provide a stage for participating artists to showcase new pieces from their personal and ongoing output of work.

Our gallery, which launched in June 2017, is 100% online and focused on delivering shows which allow artists full creative freedom. One of the many benefits collectors can expect, is for artwork to ship very soon after purchase, as it is not required to hang on a gallery wall for the duration of any given show.

Check out the WxW Inventory, which along with our exhibits, provides fantastic opportunities to view available artworks from both established and emerging international talent. We offer art in a wide variety of price ranges and the inventory is constantly being updated with both originals and prints.

Be sure to keep an eye on the exhibitions we have lined up in the future. All shows will consist of brand new and previously unexhibited works. Our exhibition programme for 2021 is full of exciting group shows. Next up is ‘Luminous Odyssey’ which opens on 5th November and runs until 26th November.

Our blog is frequently updated with original and exclusive content. We deliver in-depth interviews with artists, curators, authors and anyone else we feel has something interesting to say about the New Contemporary Art movement. WOW x WOW is also a unique destination for New Contemporary guest blog posts, in which we give a free rein to creatives within the field to write about their technique, inspiration, interests, process, thoughts, or whatever they feel the urge to talk about. So, whether we are exposing you to hot emerging talent or keeping you up to date with the more established artists that you already know and love, WOW x WOW will always be worth a visit.

Our interviews are a fantastic way of learning more about the thoughts, feelings and inspirations of the artists we feature. It is important to us that we succeed in diving below the surface in order to bring you in-depth, insightful and meaningful glimpses into creative life.

Through guest blogs, we allow invited contributors to speak freely on any subject of their own choosing. We only ask that chosen topics pertain to some facet of their creative lives, with the aim of providing you with truly unadulterated content from the artists we admire.

We love to shine a light on creatives that inspire, and our artist profiles do just that. With a leaning towards artists whose work is rich in symbolism and has a narrative slant, we take great pleasure in showing recognition to both emerging and established talent alike.

WOW x WOW Gallery proudly presents Outwit the Monster. Opening on wowxwow.com at 7pm BST on 8th October and running until 29th October, the exhibition will feature incredible original artworks by more than 70 super talented international artists. One of

WOW x WOW Gallery proudly presents ‘WOW² (Volume V)’, which opens on wowxwow.com at 7pm BST on 3rd September and will run until 24th September. WOW² (Volume IV) will be the fifth exhibition hosted by WOW x WOW in celebration

WOW x WOW Gallery proudly presents Monochromagic 4, which opens on wowxwow.com at 7pm BST on 2nd July and will run until 23rd July. Monochromagic 4 will be the fourth exhibition hosted by WOW x WOW in celebration of monochrome

Would you like to receive our early exhibition previews, info about our new releases, and special announcements about our upcoming projects and events?

To complete your sign up process, please open the confirmation email that we just sent you, and click on the link.